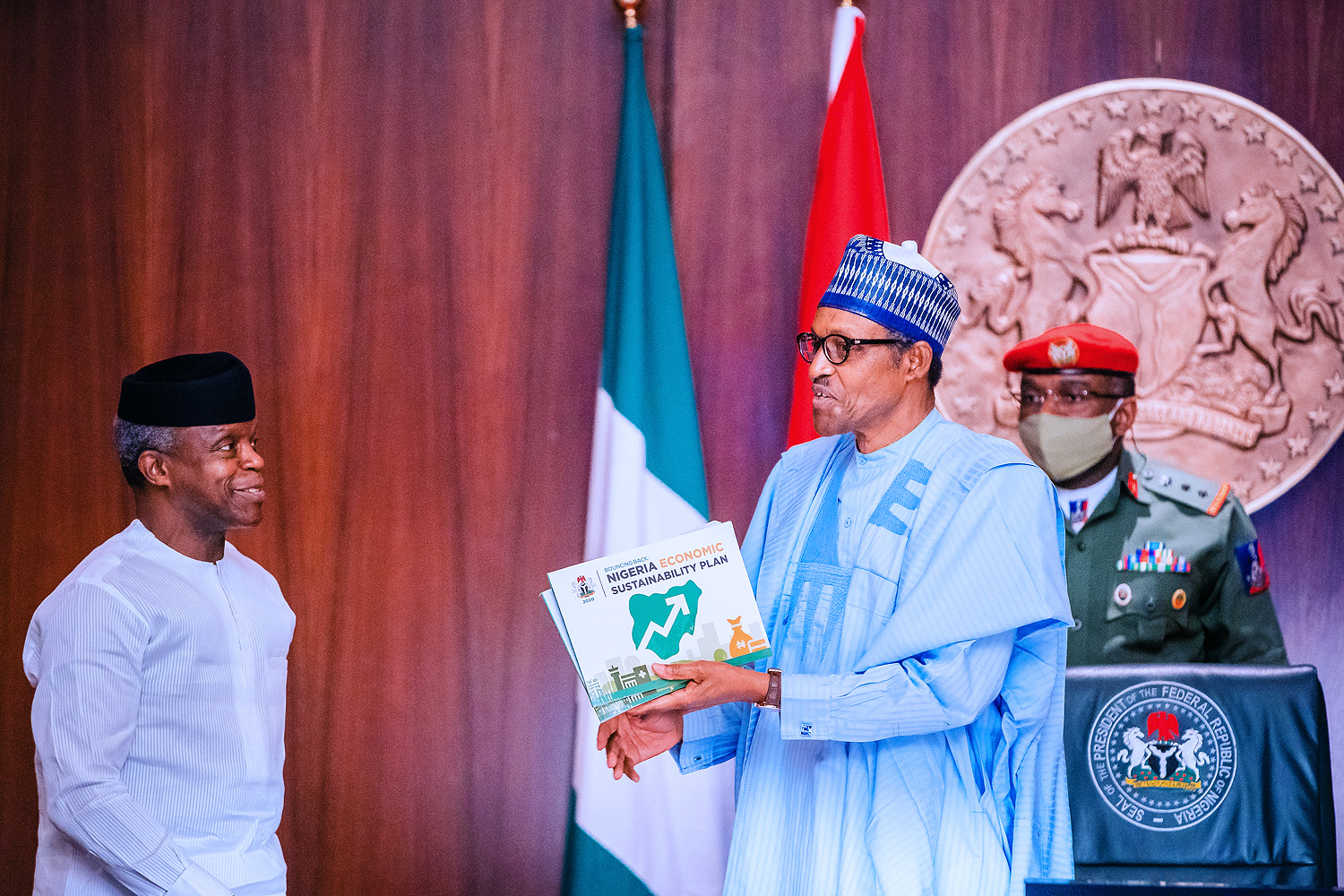 President Muhammadu Buhari and Vice President Yemi Osinbajo have urged the financial sector to invest more in housing and rural electricity projects for the benefit of Nigerians.

The president and his vice gave the advice on Tuesday, at the 14th Annual Banking and Finance Conference, which was held simultaneously in Abuja and Lagos and streamed online from both locations.

Speaking on the theme of the conference, ”Economic recovery inclusion: The role of banking and finance”, they challenged the banking sector to do more for the country, in order to further boost the economy.

Buhari said that financial institutions must play an important role in the full implementation of the Nigerian digital transformational process, by collaborating with FinTech companies to develop new technologies that would continue to drive the Nigerian economy.

According to him, Nigeria needed financial intermediation, especially in the area of technology, following the effects of COVID-19, and especially that digital transformation had become the watchword for economic survival.

”The federal government is committed to enhancing the growth of the Nigerian economy and will continue to support the banks,” he said.

Osinbajo, on the other hand, stated that the banks needed to invest in housing and electricity projects, as they were not doing much in supporting the federal government’s efforts in those areas.

He observed that it was either the finance sector was shy to invest in housing projects, or it had not found the right housing finance model that would work for it.

”Nigeria does not have a functional mortgage housing system, which is the most reliable source of generating capital for individuals.

”Banks should come up with innovations such as housing financing, by supporting poverty reduction and economic growth. Ubiquitous housing, for example, will create employment and generate demand for related services,” the vice president said.

Osinbajo also called on the banks to join forces with the federal government to address climate change, especially in its efforts to move from fossil fuel-based power sources to renewable energy.

To achieve this, he said, the federal government established an integrated Solar system for the electrification of five million houses, to serve about 25 million Nigerians, under the Economic Sustainability Plan of government.

He disclosed that the Central Bank of Nigeria (CBN) had set aside N150 billion for the programme, made available through the bank’s initiated programme that was administered by the banks.

”The federal government is providing a subsidy of between 20 to 30 per cent for each successful installation, through the rural electrification agency programme, to further de-risk each transaction and the project has been on in the last two years,” Osinbajo said.

He said that in spite of the federal government efforts, there had been very little uptake from commercial banks to catalyse installations or manufacture for the solar energy project.

Osinbajo, therefore, urged the Bankers’ Committee to redirect its focus in supporting the rural electrification power project, as this would ensure that the country catalyses access to electricity, in the next few months, by creating five million electricity connections that could erase the country’s electricity deficit and create jobs for Nigerians.

Wigwe, who is also the Group MD of Access Bank Plc, also thanked the President of the Republic of Rwanda, Paul Kagame, and the Central Bank of Nigeria (CBN) Governor, Mr Godwin Emefilele, for honouring the invitation to share their views at the conference. (NAN)