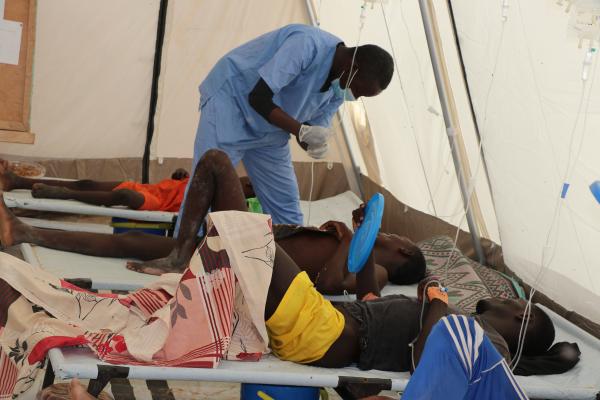 Niger State has recorded 100 cholera deaths in the 25 Local Governments Areas (LGAs), of the state from April to date.

The Commissioner for Health, Dr Muhammad Makusidi, made this known in an interview with newsmen at the ongoing workshop for journalists, organised by Pathfinder International in Minna.

He attributed the outbreak of cholera to open defecation and indiscriminate waste disposal by rural dwellers.

Makusidi disclosed that the ministry had embarked on advocacy visit to communities to reduce open defecation, adding that drugs were available to treat affected persons.

The commissioner lauded Pathfinder International for partnering with the state government to expose journalists to advanced family planning as well as child spacing.

He noted that family planning was essential towards planning for the future, adding that the partnership with pathfinder was to ensure access to uptake of family planning and acceptability.

He said that diverse social cultural and ethno-religious factors were major challenges to decline in family planning by most people.

He added that some of the challenges include; inadequate access to commodities, inadequate funds, insecurity in some parts of the state, adding that all efforts are on to address such challenges.

Makusidi, however, noted that the workshop would help mitigate challenges such as issue to access to family planning products, adding that government was committed by making budgetary provision for the project.