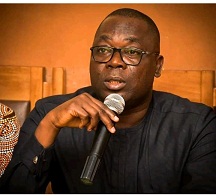 The Ondo State Government has barred trading unions and associations under the umbrella of Ondo State United Artisan Group from fixing and enforcing uniform prices of goods and services being sold or rendered by their members and non-members.

The Commissioner for Information and Orientation, Donald Ojogo, disclosed this in a statement on Thursday.

According to the Commissioner, the development is part of measures taken by the state to protect its citizens amid soaring costs and incessant increases in prices of goods and services by artisans including farm produce and food items.

The statement read: “Government had before now watched with discomfort and dismay the economic suffocation of the people with unimaginable increases in prices of goods and services in markets, shops and other sales outlets across the state.

“Even without due regard for market forces, it is obvious that associations and unions are largely behind this unwholesome act.

“The state government has decided to act decisively even as the public deserves protection from this undesirable exploitation under some guises.

“Therefore, fixing market prices and imposing fixed exorbitant prices on the people under the guise of association or union must be stopped forthwith.

“Accordingly, as part of the measures, individuals, artisans, traders and providers of services as well as farmers are henceforth allowed to operate, sell their produce and render any service in any part of the state as they may deem profitable, based on the principle of demand and supply and prevailing market forces. This is just as membership of associations and unions remains voluntary as provided for in the constitution of the Federal Republic of Nigeria, as amended.

“Consequently, Government’s right to regulate the activities of Trading Associations and Artisan groups has to be invoked in the interest of residents. Therefore, on no account should any Union/Association fix or enforce prices of goods and services.

“Similarly, there shall be no sale of tickets to Artisans/Traders by any Association/Union without due approval of the State Government through the Internal Revenue Service.

“All concerned are, therefore, advised to adhere strictly to this directive as any person or group found to be flouting it will be made to face the full weight of the extant laws.

“It is to be noted too that this directive takes effect from today in all markets and sales outlets across the 18 LGAs of the state.”