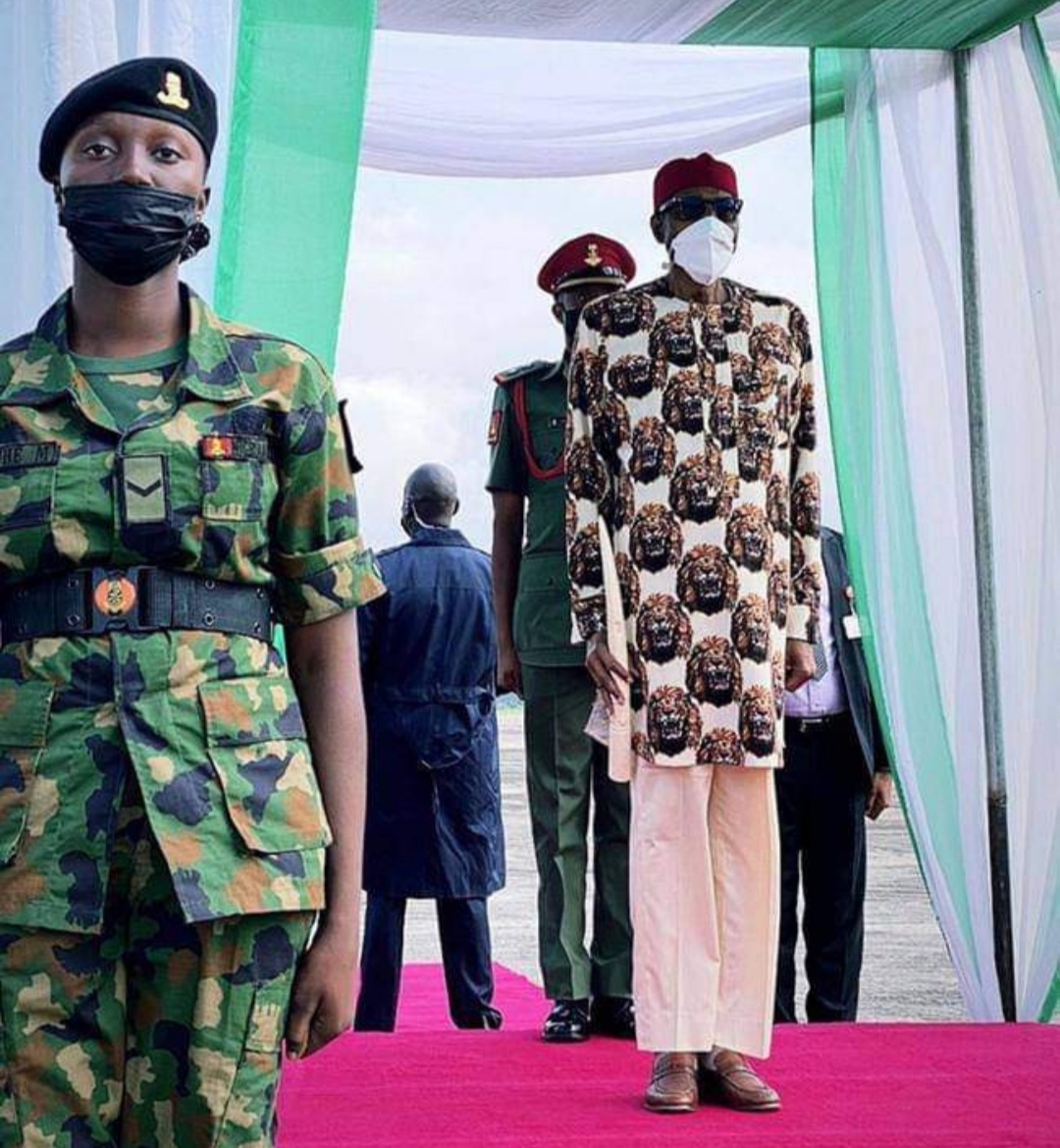 President Muhammadu Buhari on Thursday, 9 September is on a one-day work visit to Imo State, where he commissioned four newly executed projects. 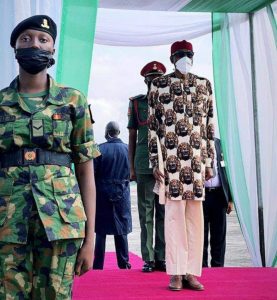 The President landed at the Sam Mbakwe Airport in Owerri, the state capital, and was received by state officials and other dignitaries.

The Imo state Governor, Hope Uzodinma had some days ago disclosed that Buhari would be visiting the state to commission some “significant projects” his government has executed. 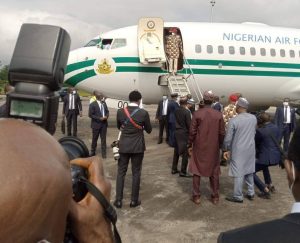 ALSO READ: The war against terrorism and insurgency is a collective duty- General Musa

Uzodinma also said Imo has gotten additional support from the President on the management of some ecological problems in the state. 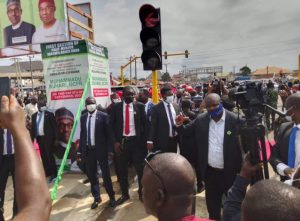 “While in Abuja, I secured approval for Buhari to visit Imo on Thursday, 9 September to commission some significant projects put together by the Shared Prosperity Administration,” the governor told journalists after he visited the Federal Capital Territory.

This is the first time Buhari is visiting Imo state since the tenure of Uzodinma of the ruling All Progressives Congress (APC) started. It was gathered that despite the heavy presence of security operatives in every part of Owerri, the Imo State capital, mammoth crowd were on ground to receive the President during the visit.