We deserve more than we got against Adamawa United, Amapakabo says 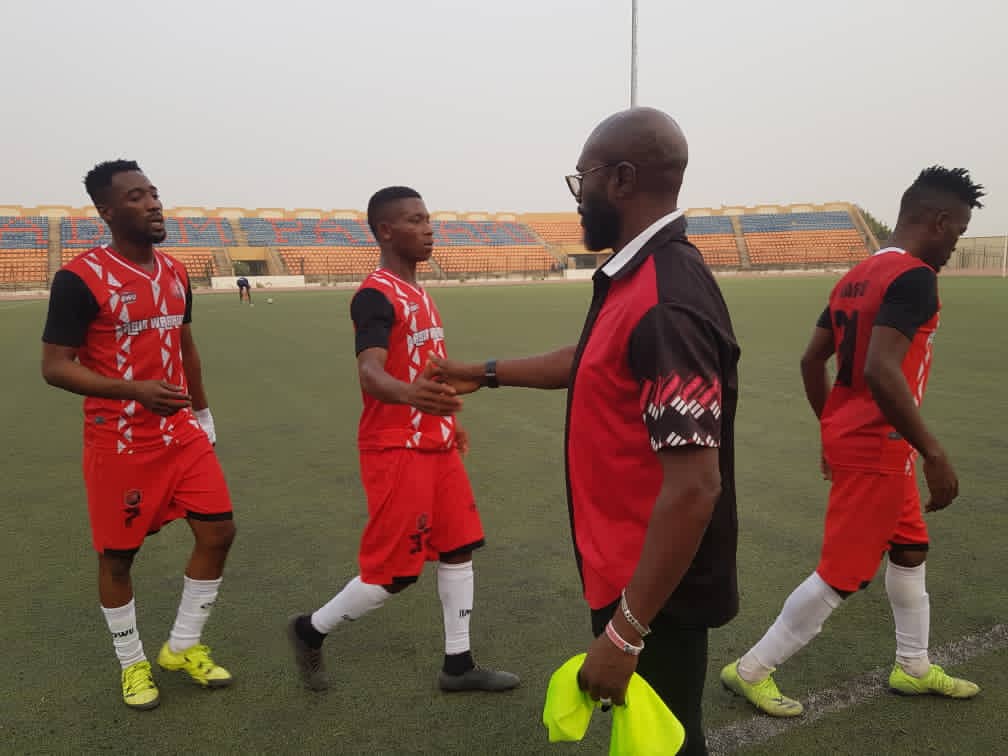 We deserve more than we got against Adamawa United, Amapakabo says

The Technical Adviser of Abia Warriors Football Club of Umuahia, Imama Amapakabo, says his team deserve more than one point against hosts Adamawa United on Wednesday.

Our correspondent reports that both teams failed to convert their goalscoring chances in the Match Day 16 fixture of the 2020/2021 Nigeria Professional Football League (NPFL).

Amapakabo said in spite of securing one point in the away match, he was still displeased with the result.

”We didn’t react well, partly because of the fatigue from the two-day trip here (Gombe).”
According to him, his team had no time to shake off and the players were fatigued; “ We deserve much more than we got.”

Speaking on their chances of finishing well in the league, he said every team in the league was fighting to get to the top and there was still much more to play for.
”So, we will keep putting in our best.”

The Abia Warriors’ technical adviser said his main concern now was to focus on their next match against Katsina United and see how “ we can tactically get our deserved result.”

On his part, Adamawa United’s coach Zakka Bello said he was not happy with the result in spite of the comeback by his team from one goal down to level up the game.

Bello while stating that fatigue played a role in his players’ performance, decried the several chances his players failed to convert, adding “ we were not clinical enough.”

He stated that his team would work on their mistakes to earn at least a point when they visit Kwara united in their next match.

Our correspondent also reports that Chukwuemeka Obioma scored for the visitors in the 53rd minute while substitute Danjuma Jamilu equalised for Adamawa united in the 67th minute.

FG to spend $1.5bn on rehabilitation of Refinery in Port Harcourt