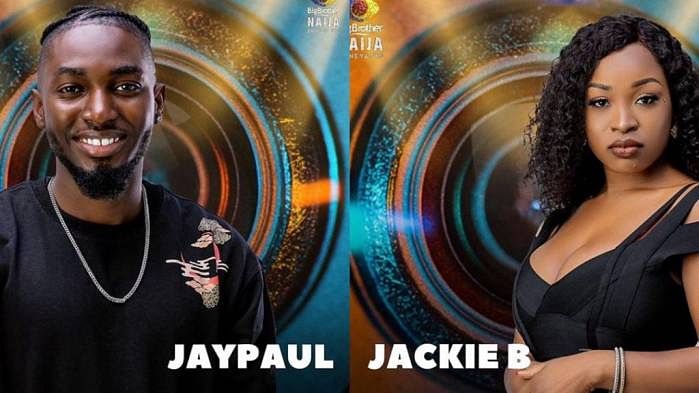 Big Brother Naija (BBNAIJA), housemates, JayPaul and Jackie B have been evicted on day 50 of the ongoing reality TV show.

When invited onstage for his exit interview with the host, Ebuka, Jaypaul said: “I’m grateful for every opportunity.” On the subject of Cross, he said that he holds no animosity against him and his feelings for Saskay because he was able to empathize with him.

On his plans, Jaypaul said he would love to work in television, go back to film school, and pioneer mobile cinematography in Africa.

Chatting with Ebuka, Jackie B said her experience in the House “has been amazing.”

Regarding her future, she said she would love to explore acting and take her event planning business more seriously.

Following Sunday’s evictions, 11 housemates are currently in the race to the finals.

The winner of the Big Brother Naija Shine Ya Eye edition will be announced on October 10, when the show will come to an end.