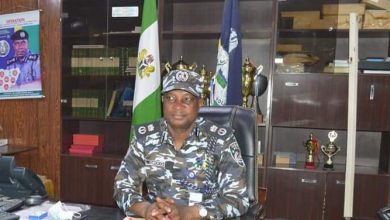 The Police Command in Kano State, has lauded journalists for their contributions to security and peaceful coexistence in the state.

The Commissioner of Police, Mr Sama’ila Shua’ibu Dikko, made the commendation, when he paid a visit to the Kano State Council of the Nigeria Union of Journalists (NUJ), on Monday in Kano.

He said that the effort have made Kano State one of the most peaceful states in the country.

According to him, following the efforts of the media, residents are now willing to provide information to the police.

Dikko further noted that community policing had become effective because the media educated residents to understand the role they were expected to play in making the state peaceful.

“We have recorded a lot of successes on community policing within a short period.

“You have been doing well and we sincerely appreciate your efforts.

“I appreciate the way we are receiving information from your members, which help us in reducing criminal activities in the state to the barest minimum.

“That is why I personally decided to come here and say thank you, we want you to continue with the good efforts and the synergy.”

Responding, the Chairman of the council, Mr Abbas Ibrahim, urged people in the state to join hands in order to tackle crimes effectively.

Ibrahim assured that journalists would continue to cooperate with the police and other security agencies, to make the state more secured and peaceful.

“We will continue to do our job with decorum and discipline.

“We will also continue to check the menace of hate speech and fake news in the course of discharging our constitutional responsibility,” he said. (NAN)