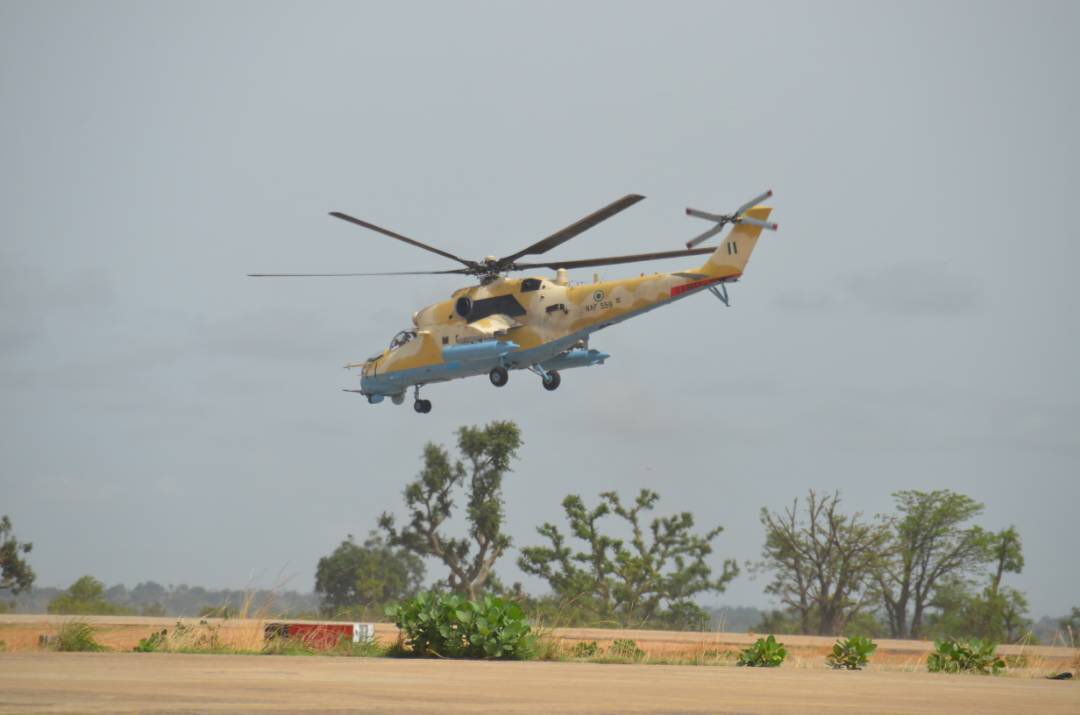 Nigerian troops have killed dozens of terrorists in Zamfara State as Nigerian Air Force sustained aerial bombardments in their locations.

A logistics base set up by the bandits in Kaduna State was also destroyed by airstrikes of Nigerian military fighter aircraft.

ALSO READ: Obaseki to Buratai: We are building on the foundation you laid as COAS

It was gathered that the logistics facility was being used by bandits hiding at Kawara Forest in Igabi Local Government Area (LGA), of Kaduna State.

Sources also said no fewer than 50 bandits were killed by bombs shelled at the bandits’ logistics facility at the weekend.

According to one of the sources, a military air officer, a reconnaissance mission by Nigerian Air Force, (NAF), helicopter gunships had intercepted a large gathering of bandits dressed in black clothes with rustled cattle around Kawara Village in Giwa Local Government Area (LGA).

“On sighting the aircraft, the bandits ran and hid in between the cattle, while navigating their movement.

“After clustering at a water crossing point, the bandits were struck in successive passes by the aircraft.

“Some casualties that were spotted to be struggling to scamper for safety were also successfully neutralized by the aircraft.

“A reverse trail back to their initial departure point revealed a possible logistics base which was also struck until it went into flames.

“Sources on the ground at Kawara on Monday confirmed that at least 50 dead bodies of the bandits were counted while their motorcycles and food items were destroyed at the camps during the attack,” the source added.

Obaseki to Buratai: We are building on the foundation you laid as COAS