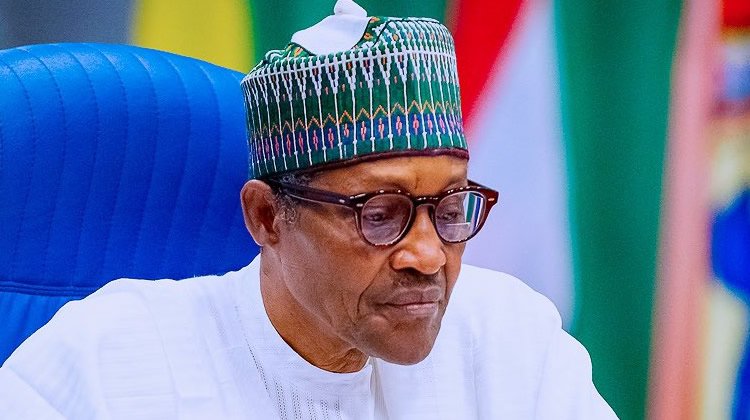 Perhaps, in the emotive moment, many may forget that having suffered several setbacks for close to 20-years, the bill navigated the most tortuous journey in the history of law-making in Nigeria.

It is a major feat and it is one of the boldest, flagship executive actions by the Buhari presidency.

In a milieu where fetishism still subsists, unscientific quirky reasons were adduced to explain the extreme delays that dogged the passing of the PIB into law.

Even the Senate President, Dr Ahmad Lawan, at one time, concluded that some “demons” were behind its non-passage.

But Buhari would have none of that. Apparently, he was immune to such “old wives” tales. Significantly, working from home in five days’ quarantine as required by the Presidential Steering Committee on Coronavirus (COVID-19), after shortly returning from London, the President assented to the Bill on Monday, 16 August in a sheer determination to fulfill his constitutional duty.

Basically, the Petroleum Industry Act (PIA) provides legal, governance, regulatory and fiscal framework for the Nigerian petroleum industry, the development of host communities, and related matters. It is a comprehensive legislation that will serve as the framework for across-the-board operations in the oil and gas industry.

The Senate had passed the Bill on 15 July 2021, while the House of Representatives did the same on 16 July thus ending a long wait since early 2000s, and notching another high for the Buhari administration. The Petroleum Industry Act (PIA) establishes a new reality for Nigeria’s oil and gas industry.

The scale of the changes implemented by the PIA is widespread and profound. It is fundamentally a root and branch overhaul of the administrative, regulatory and fiscal regime, as well as the key petroleum institutions. Passing of the PIA delivers much-needed stability for the industry. This cannot be overstressed really.

To provide a germane background and context for this analysis, it would be worthwhile to track back a bit. On 28 September 2020, President Muhammadu Buhari sent the bill, an offshoot of the Oil and Gas Sector Reform Implementation Committee (OGIC), which was inaugurated on 24 April 2000 under the chairmanship of the late Dr Rilwanu Lukman, who was then the Presidential Adviser on Petroleum and Energy, to the National Assembly (NASS) for consideration.

Twelve years earlier, precisely in 2008, ever before the president made the move, discussions that ensued on ways to strengthen the OGIC had produced the Lukman Report, which recommended a new regulatory and institutional framework to guarantee greater transparency and accountability in the oil sector.

The Lukman Report eventually formed the basis of the first Petroleum Industry Bill (PIB) that was submitted in 2008 as an executive bill under the late President Umar Yar’adua. Since then, the bill had hit several hurdles.

Subsequently, on 18 July 2012, former President Goodluck Jonathan presented a new version of the PIB to the Seventh NASS session for consideration and enactment, further throwing it into the front burner of national discourse.

To ensure at least some headway, the PIGB version was eventually approved by the national assembly at some point, but it couldn’t sail through presidential assent and was thereafter returned to the legislature for further work.

Like now, the percentage to be allocated to host communities in the Niger Delta has largely been a sore point in the passage of the bill. Although the late Yar’Adua proposed 10 per cent, it was rejected by lawmakers predominantly from the North in the 7th NASS.

When Jonathan took over the reins of Government, he retained the same 10 per cent, but it was again rejected by NASS.

It was brought down to 5 per cent in the 8th Senate; it still wasn’t passed into law due to further divergence of opinions.

Indisputably, the recent passage of the bill by the NASS and Buhari’s assent have reignited great enthusiasm and considerable hope for the oil and gas sector.

Malami: One mess too many

Political appointees and the paradox of power

Cut to the bone, the Petroleum Industry Act (PIA) assented to by Buhari will transform the nation’s petroleum industry into a hub of business opportunities. The new law will attract huge capital globally into the country’s oil sector, strengthen cost recovery and ensure decent returns on investment.

He spoke as guest of honour at a fireside chat organized by Persecondnews in Houston, Texas, last month.

Kyari, who has been in the forefront of transforming the oil and gas industry and contributed significantly to the new structure, said it would promote good governance in the oil and gas sector in line with international best practices.

On the transformational impact the new law will have on the nation’s oil and gas industry, Kyari said: “It will help us to have a very transparent, clearly competitive physical framework, where you get to see opportunities on where you can put your money and also get back your money with some benefits.”

To underscore his unswerving resolve to get the PIA ball rolling, just forty-eight hours after signing the legislation into law, Buhari approved a steering committee to oversee the process of its implementation, stressing again that Nigeria lost an estimated $50 billion worth of investments in just 10-years, created by the uncertainty of non-passage of the PIB.

In all, the new legislation repeals 10 existing laws, stipulates that the Board of Trustees (BoT) and executive members of host communities board may not be indigenes. It provides that oil producing areas must distribute funds for capital projects (75 per cent), reserve (20 per cent), admin (5 per cent), with the fund to be set up within 12 months.

In addition, the new law deems all employees of NNPC as new staff members of NNPC Limited, which is to be set up, while board appointments will thereafter be made by shareholders and not the president alone.

Further to that, host communities will henceforth forfeit their entitlements from the funds in the event of vandalism.

This implies that if it takes N10 to fix the leak, it will be deducted from the monies available to the areas where the incident took place.

According to the legislation, the Nigerian Upstream Petroleum Regulatory Commission (NUPRC) shall be responsible for the technical and commercial regulation of upstream petroleum operations.

Also, the Nigerian Midstream and Downstream Petroleum Regulatory Authority (NMDPRA) is to be set up for the technical and commercial regulation of midstream and downstream petroleum operations in the petroleum industry.

It is instructive to point out the readiness of the administration to ensure the PIA is perfected by pushing through necessary amendments in the course of its execution.

On 21 September Buhari sent a letter to the National Assembly proposing some amendments to the administrative structure of the Nigerian Midstream and Downstream Petroleum Regulatory Authority and the Nigerian Upstream Regulatory Commission.

Meanwhile, the PIA will further see the scrapping of the Department of Petroleum Resources (DPR) as it currently exists as well as the Petroleum Products Pricing Regulatory Agency (PPPRA) and Petroleum Equalisation Fund (PEF).

The passage of the revolutionary law, not unexpectedly, had its critics. Part of the grouse about the bill is that an allegedly “paltry” three per cent is allocated to the oil producing communities, which bear the brunt of production and exploration, while 30 per cent was approved for finding oil in the frontier basins, which many literally interpret as the northern area.

But when the not-so- intricate arithmetic of the so-called 3 per cent vs 30 per cent is understood by its critics, many believe the sector and Nigerians will settle in to reap an important bounty from this strategic resource and governance law inspirationally birthed by Buhari.

In Praise of President Buhari, by Ainofenokhai Ojeifo

Malami: One mess too many

Political appointees and the paradox of power

PMB and the embarrassing entertainment with Emefiele, by Bala Ibrahim.