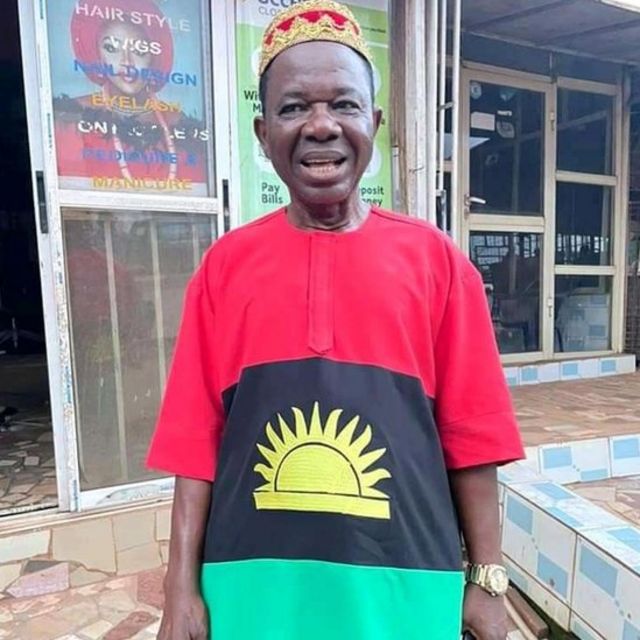 Popular Nollywood actor, Chiwetalu Agu on Thursday was reportedly beaten and arrested by soldiers in Onitsha, Anambra State for wearing an outfit made from the Biafran flag.

In a video that went viral on social media, a man claimed that the actor had stopped at a market in Onitsha to buy bread when he was attacked by soldiers who beat him up for his Biafran outfit.

Catholic Church yet to decide on APC’s same-faith ticket, declares…

An insider disclosed that the national president of the Actors Guild of Nigeria Emeka Rollas has been notified of the arrest and is ‘currently on the matter’.

It was also learned that the actor has been moved from 302 Onitsha Cantonment where he was previously detained to 82 Division in Enugu.