THESE ARE NOT MAGICAL MELODIES, DEFINITELY NOT A DECILIOUS INSANITY… 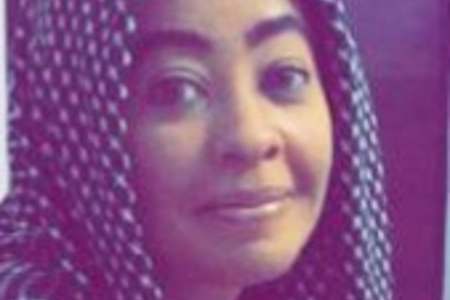 THESE ARE NOT MAGICAL MELODIES, DEFINITELY NOT A DECILIOUS INSANITY…

Yes, Malam Abdullahi, I believe, the great Northern Nigerian people are wanderers at this point of history, Hopefully, our wandering becomes a story of success like the greatest wanderer of all times, Great Ibn Batuta.
Northern Nigeria has paid a higher price for Nigerian unity. Northern Nigeria is the shock absorber that “keeps turning the other cheek” for many deluded ethnic bigots to slap again and again. Northern Nigeria, have exchanged honour for a “paltry sum of nothingness”. The blood of our people is crying for justice. Everyday Nmandi Kanu and Sunday Igboho wake up on the wrong side of the bed, they give directives for more bloodshed of our people. And of course, every 20th day of the month, when salary payment is to be prepared, Governor Orthom of Benue State will, “rolled on the floor and cry out for real and often times imaginary atrocities of herdsmen” so he can distract hardworking Benue people from getting their monthly salary. And Mr Matthew Kukah on the other hand, whenever he takes a glance at the news item and he shudders that his popularity/notoriety may decline, Mr Kukah will send another virulent writing to denigrate Nigerian Muslims, especially the Muslims of Northern Nigeria. All these are not “tall claims”, they are on the public record.

Nevertheless, being disorganized and wanderers don’t give anybody or any group of people “the right” to maim or kill Northerners,..especially the weak and the vulnerable among us, who are menial workers looking for daily bread. Even a hardened criminal is tried first, in the court of law before a sentence is passed.

And Nigerian leaders or should I say Northern leaders are watching silently. Perhaps because they understand that “utterances can inflame the already hot polity”. Some people may say, the elders may be compromised.
“I supposed we are all compromised ” in one way or another. The silence of the Northern Elders may not always be nonchalance, often times silence is golden. This is because leadership comes with responsibilities that are “not always pleasant.”

Imagine if Sultan Sa’ad is to reply, to all the hateful overtures of Mr Matthew Kukah, ” Imagine the kind of chaos that will cause. I will rather address Matthew Kukah as Mr. because the title of a Reverend is not for mischievous people.

Imagine if Mallam Muhammad Sunusi 11 or Mallam Adamu Adamu, are to use their creative skills and intellectual poweress to address “the incessant antics of bigotry and prejudices of Mr. Soyinka”. Perhaps the committee of Nobel Laureate awards, may have a rethink and withdraw the honour of the written words, bestowed on Professor Wale Soyinka.

North being disorganized but still playing a role of a big Brother and a shock absorber in the “unhappy marriage” called Nigeria. It is still a noble role that some region has to play. Yes, I agree with you Mallam Abdullahi Musa, North should be organised and progressive with a vision and a mission for development. For what it is worth, North brought out president Obasanjo from the prison and made him a president to unify Nigeria but we all know what happened, President Obasanjo went on a vengeance mission and destroyed the economic activities of Northern Nigeria. In another historic overtures for peace, Northern Governors recently, came together and made sure Mr. Tinubu emerged the APC ruling party flagbearer. Yes actually North remembers that Mr. Tinubu was/is an Oduduwa peoples congress (OPC) leader but North is large hearted and the APC Northern Governors are hoping that Mr. Tinubu has transcends his OPC days and becomes a Nigerian in the sense of unity and progress. I sure pray so because Nigeria needs a president that will heal and unify its wound not another bigot on a rampage mission to actualized a preconceived ethnic agenda.

To its credence, OPC is an organization that is responsible for the death of many Northerners in the South west. OPC is still entrenched at the State and local Government in the South Western States and so relevant that, once any Yoruba person, identifies himself as an OPC member, special privileges are given to the person, including employment and bussiness opportunities.

Where I completely agree with Maiwada Dammallam is the fact that, once we accept the universal toga of peace, such is an honour given to whom is perceived to be a person of objectivity, a person expected to be “free of parochial and primordial sentiments”. A person of high values and noble character. A person who is able to Divorce self from sentiments while “trading the path of fairness and objectivity” such is the height of humanism and refinement expected of Professor Wole Soyinka; It is albeit assumed that, Mr. Soyinka has climbed such heights of reverence, as a Nobel price leaurette, that is expected of Mr. Soyinka. Also, the white hair that Soyinka sports is a symbol of dignity that is to be respected as we were taught in our faith.
For Mr. Soyinka to continue to talk without considering who he represents is not only unfortunate, it is heartbreaking. What exactly is Soyinka trying to lend credence to ? Another genocide in Africa ? this time around in west Africa, Nigeria ?
What is Soyinka’s end game ? Will Soyinka celebrate for Terrorist Sunday Igboho to kill more Northerners ? Is that it ..? and to what end.. Will Soyinka celebrate getting a “real time primary data” to write a story of how genocide is preconceived and planned for people of Northern Nigeria and he Soyinka has tacitly lend his support to the genocide by his guarded or should I say unguarded utterances…
“For how is a man benefitted if he should gain the whole world and he should lose his soul ?” Mark 8:36.
For what shall profit a man, if he shall gain the whole world, and lose his own soul ? Matthew 16:26.

Perhaps Mr. Soyinka is being attacked by sheep mentality more often than he realised, what we are aware of, loses the power to hurt us… This days mental health has affected many of us: And Sheep/ Herd mentality, mob mentality or pack mentality is how people can be influenced by their peers to adopt certain behaviors on a largely emotional, rather than rational, basis. When individuals are affected by mob mentality, they may make different decisions than they would have individually. perhaps that is what happened to our “once upon a time hero.”

The Lagos Ibadan media axis “new political correctedness” is the main driver of such “hate speeches” which are carefully crafted anti North messages ; once the hate messages are formulated, the messages are thrown into the social media; and the social media warriors run agag with the hate messages, untill it becomes a new anthem; Boom, Governor Orthom and Mr. Matthew Kukah will add coloration of ethnicity and religion to it, lap up the hate messages deliciously and swallow it … hook, line and sinker,. Rose colour the hate message crafly with tinted glass of ethnicity and religion: Boom: the concocted story is baptised to be a new reality; seekers of “one minute of fame” in the limelight will start coming out to bask, in yet another unfounded story which is point blank hate speech carefully disguises as media information .

It is an excruciating pain to realised the heroes, we considered as heroes are bigots directly and indirectly encouraging genocide. A people who have no heroes finds it difficult to progress. In fact one of the ways to subjugate a group of people is to take away or make caricature of their heroes. Soyinka used to be an African hero, until he decides to shed his honour and becomes a Yoruba bigot. This is not a celebration on our part, it is a tragedy for Africa to lose yet another pillar, that regular people like us, used to be proud of.

Please Professor Wole Soyinka, it is heartbreaking for children to chastise and call out an elder, please “rein in your Yoruba ethnic primordial tendencies”, we don’t need another AUU SAN SUU KYI in Africa. Please take it as an entreat of a Daughter .

There is a classical Hausa song, it goes like this,.. “Idan an girma asan an girma don Allah, a dunga tunani ” such a magical melody .

I will rest my case with the beautiful words of Professor Jibril Aminu: “Among other things; a leader should be selfless and focus, and should possess a skin of a crocodile, a nerve of steel and a determination of a guided missile”…

Where art thou ? such a leader, Nigeria needs thee..