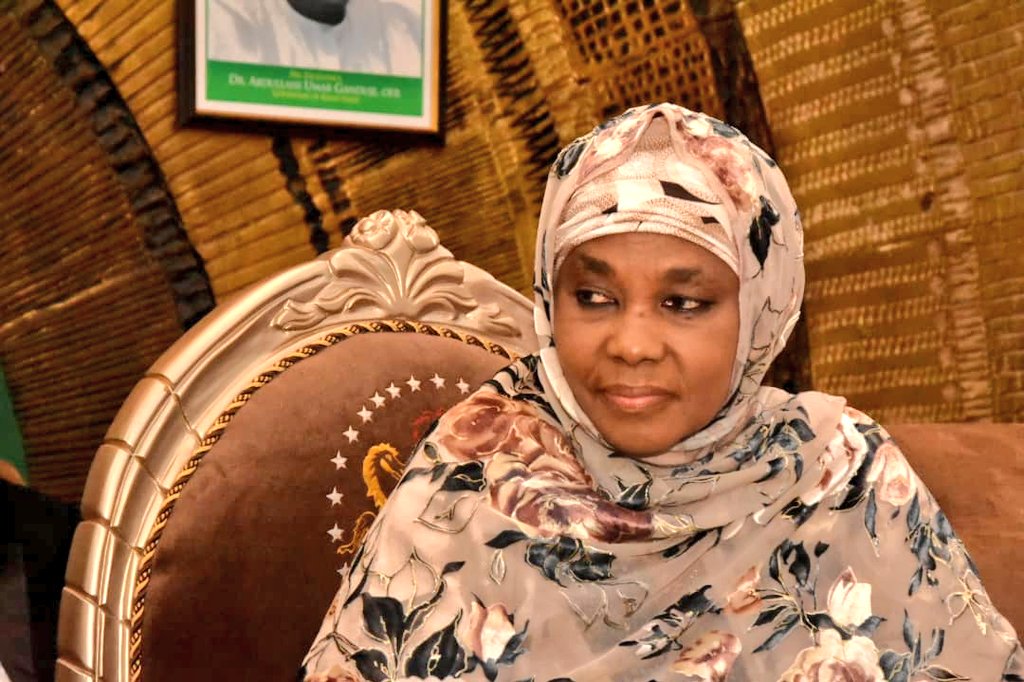 The EFCC was said to have acted based on a petition by her son, Abdulazeez Ganduje.

The First Lady was arrested after failing to show up at the EFCC Abuja headquarters on September 13 upon invitation.

She was said to have travelled to the UK at the time to attend the graduation ceremony of her son.

She was arrested on Monday evening and was still at EFCC headquarters as of 6am on Tuesday.

Abdulazeez was said to have reported his mother to the commission for corruptly using family power and status for personal enrichment.

According to the report, Abdulazeez in his petition had stated that he was approached by a property developer to help facilitate the acquisition of some plots of land in Kano with some hundreds of thousands of US dollars and at least N35 million naira as “facilitation commission”.

He was said to have paid the money to his mother.

“But three months later, the property developer discovered that the plots of land he wanted and had paid for had been allocated to other buyers. He then requested to be refunded,” a source was quoted to have said.