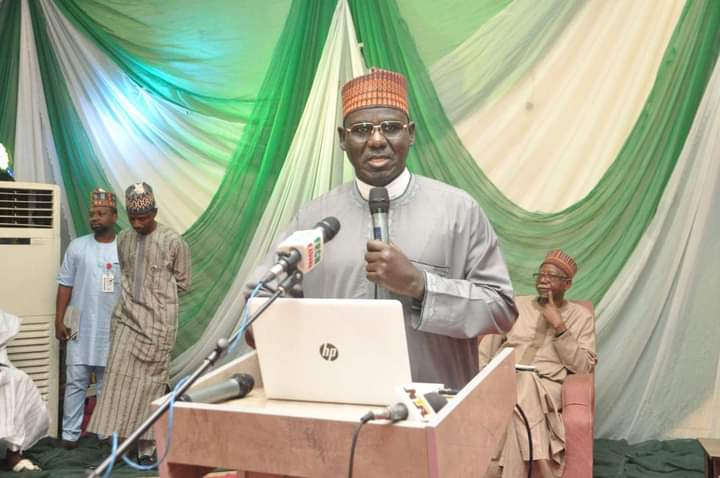 Our Correspondent reported that Buratai made the declaration on Saturday, June 11 during a symposium organized by the Arewa House where he delivered a lecture as a guest speaker.

Buratai, who is currently the Nigeria Envoy to the Republic of Benin, delivered a lecture titled “Politics and Insecurity in Nigeria: The Way Forward” which was organised by the Arewa House in Kaduna.

This has been the recent narrative in our political trajectory following the likes of Ex-Army Generals including Olusegun Obasanjo, Muhammadu Buhari, David Mark, and a host of other ex-military officers who switched to politics in the fourth republic after retirement.

Political observers believe that Buratai’s decision to join partisan politics is a welcome development as his enormous experience would benefit the country immensely.

One of the participants at the symposium, Dr Abubakar Mohammed Sani, Peace and Conflict Resolution Expert, commended the decision of the former Army Chief to actively engage in partisan politics.

He thinks that there are a lot of other good people in Nigeria – men, and women, who know and understand what leadership is all about. “The tragedy of Nigeria is that these people don’t want to join party politics to contest for political office to get legitimate power to make decisions that will positively impact on the life of the ordinary man”, he said.

Dr Abubakar went further to reflect on past military chiefs around the world who delved into partisan politics and became good leaders and served the people to the best of their ability for the greater good of their nation.

He recalled that both President Muhammadu Buhari and Chief Olusegun Obasanjo were retired military men that joined politics to serve humanity as civilians. Same with JJ Rawlings of Ghana, Abdulfatah Elsisi of Egypt, the man in Congo, that’s Saso Ngueso.

He also added that the famous George Washington, Dwight Eisenhower, and George Marshal were all military leaders who joined partisan politics and contributed immensely to the development of the United States.

Dr Abubakar, who is also an academic of repute, stated that only those with courage and vision take it upon themselves to shoulder the responsibility of salvaging the nation from its ruin and repositioning it in the best possible way for Nigerians to enjoy.

“The coward and the hypocrite can continue to remain as armchair critics on pages of newspapers, beer parlours and the social media space; strong men of vision and courage will step out into the deep waters and see how they can mobilize a critical mass to bring about the kind of change they envisage for a better society.”

In another development, Buratai was full of praises for President Muhammadu Buhari for his fight against insecurity. He said talks spreading around that the president does not care is just an attempt to discredit his efforts.

He however noted that the government can salvage insecurity in the country if necessary reforms are undertaken.

Gawuna/Garo and the gift of the game changers