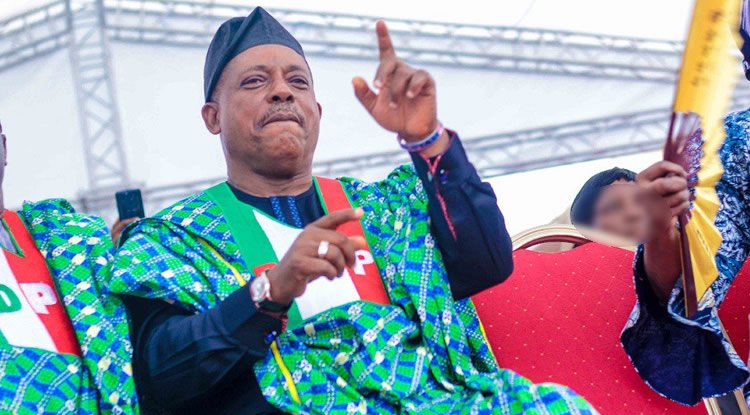 Kebbi State High Court sitting in Birnin Kebbi has set aside the ex-parte order it granted to stay the suspension of Uche Secondus as National Chairman of the People’s Democratic Party (PDP).

Justice Nusirat Umar also struck out the motion on notice and the substantive suit saying that the court lacks the jurisdiction to hear and determine the matter.

Justice Umar had on 26 August 2021, granted an order of interim injunction staying the suspension of Uche Secondus pending the determination of the substantive motion on notice.

The judge had granted Secondus leave to continue exercising all the constitutional powers of the office of National Chairman of the PDP pending the hearing and determination of the matter.

The court, however, reversed the decision Thursday after listening to a motion on notice brought before it by five applicants.

Counsel to the applicants, Henry Bello raised the issue of territorial jurisdiction and referred to section 272 sub-section one of the constitution and that the application has been heard and determined by the Rivers State High Court and an order was granted on 23 August 2021.

The court further agreed that counsel to the respondents failed to disclose to the court the true subject matter of the case namely the suspension of Uche Secondus from the membership of the PDP by ward five, Ikuru town in Andoni Local Government Area Of Rivers State.