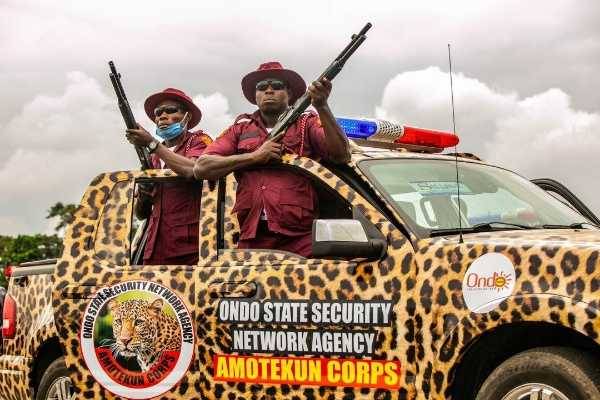 Ondo State local security outfit, Amotekun has rescued nine out of twelve Lagos-bound passengers who were abducted in Ondo State on Wednesday.

The passengers were heading from Abuja to Lagos in an 18-seater bus when they were intercepted and abducted in Ondo between Idoani Ifira axis of the state.

Commander of Amotekun in the State, Chief Adetunji Adeleye who personally spoke with some journalists on Thursday in Ondo confirmed that his men responded to distress calls and swung into action immediately.

In his words, “Our men responded to the gunshots and a distress call.

“They got there on time and were able to rescue nine of them. They took them to our office in Isua and released them after giving them the necessary attention.”

He vowed that kidnappers would be chased to their den as the operatives are currently on their trail.