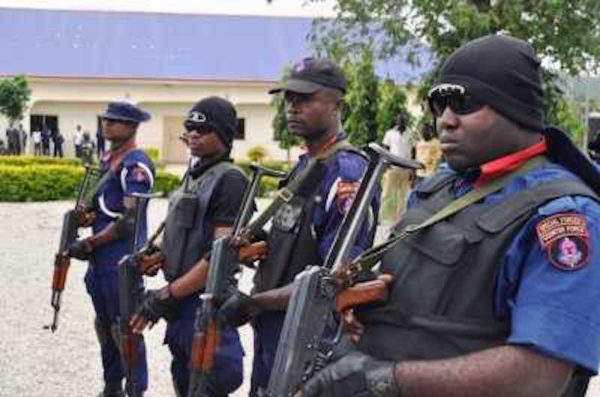 The Nigeria Security and Civil Defence Corps (NSCDC) in Jigawa, has arrested three suspects for alleged theft of a motorcycle, and receiving stolen property.

NSCDC’s Spokesperson in the state, Mr Adamu Shehu, told the News Agency of Nigeria (NAN), in Dutse on Wednesday, that the suspects were arrested in Kafinhausa Local Government Area (LGA) of the state.

ALSO READ: Saudi Arabia has been kind to Nigeria – Buhari

Shehu said that, two of the suspects, aged 20 and 19, residents of Turakawa and Gafasa-Turawa vllages, were arrested by the NSCDC operatives.

He explained: “When interrogated, the suspects confessed to have conspired and jumped into a house at Tamburawa quarters on 2 September, at about 2:00 am, and stole a boxer motorcycle valued at N115,000, belonging to one Haruna Abubakar.”

The spokesperson added that, the suspects also confessed that one, Dauda Auwalu, of same address, had directed them to steal the motorcycle, and that he would pay them N55, 000 for that.

He said Auwalu was later arrested by the operatives in possession of a motorcycle, suspected to be stolen.

“Upon interrogation, he confessed to inviting the two suspects, where he pointed to them one house and directed them to steal a motorcycle for him at the cost of N55,000.

“And that it was two days after that they brought the motorcycle to him”, the spokesperson said.

Shehu added that the suspect though, had already damaged some parts of the motorcycle in an attempt to change its look.

He said that the suspects would soon be charged to court.

Saudi Arabia has been kind to Nigeria – Buhari