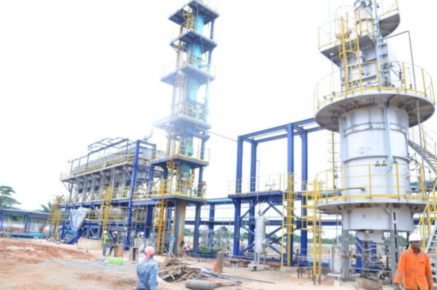 The Federal Government on Thursday inaugurated an Inter-Ministerial Committee to tackle illegal refinery of crude oil in the Niger Delta region.

The acting Solicitor-General of the Federation (SGF) and Permanent Secretary of the Federal Ministry of Justice, Mr Umar Mohammed, who represented the minister said the move was in a bid to block revenue leakages.

In his words, “The major mandate of the committee is to recover illegally refined petroleum products (crude oil) in the dug-up pits found around the creeks of the Niger Delta”.

Members of the Committee were drawn from the Ministry of Defence, the Nigerian Army, the Navy, Defence Headquarters, the Nigerian Security and Civil Defence Corps and the Nigerian National Petroleum Corporation.

Others are from the Federal Ministries of Justice and Environment, the Department of Petroleum Resources, and the National Oil Spill Detection and Response Agency.

It would be recalled that the Military had in August deactivated some illegal refineries in the Niger Delta.

Acting Director, Defence Information, Brigadier General Bernard Onyeuko, had disclosed that the operations of the military in Bayelsa, Rivers and Delta led to the discovery and deactivation of several illegal refining sites.