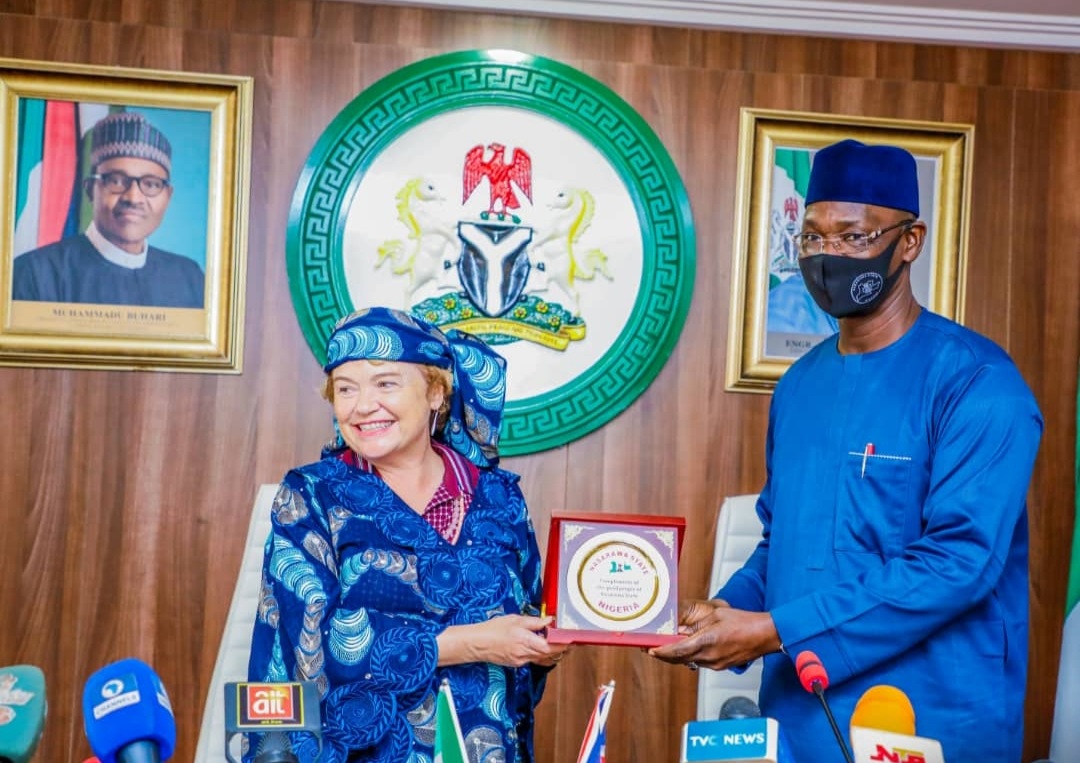 Nasarawa State Governor, Engineer Abdullahi Sule, has sought further partnership with the government and people of the United Kingdom, particularly in the areas of agriculture, manufacturing, mining, agriculture and education. 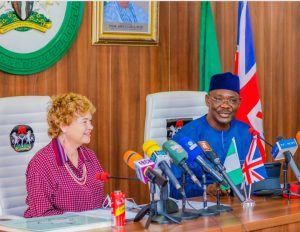 Sule stated this while playing host to the UK High Commissioner to Nigeria, Catriona Laing, at the Government House, on Wednesday.

While noting that Nasarawa State and Nigeria as a whole, will continue to benefit from the wealth of the British Government and its people, particularly in the area of poverty reduction, healthcare, human capital development, among others, the said his administration is executing a deliberate policy to stimulate the economy, develop the people, create wealth, jobs, as well as putting in place an industrialization process.

Sule informed the UK envoy of the commitment of his administration to implement practicable economic transformation strategy, as encapsulated in the Nasarawa Economic Development Strategy (NEDS). 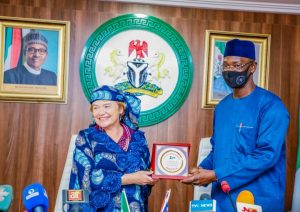 According to the governor, it has always been easy to formulate blueprints, but his administration has ensured the practicability of the NEDS, which has already begin to bear fruits, to the benefits of the people.

He added that, his administration is ready to engage in partnerships in order to develop the state and to also engage the best private partnership that will deliver rapid industrialization and growth.

To this end, Sule said the state government instituted series of reforms, ranging from inaugurating the Nasarawa State Investment and Economic Advisory Council, enacted a law for public procurement, with the Nasarawa Bureau for Public Procurement, supporting and creating an inclusive transparent and accountable procurement process.

Others are, setting up the Nasarawa Investment and Development Agency (NASIDA), as a one-stop shop for investment, as well as developing a Public Private Partnership (PPP) framework, through which Nasarawa secured infrastructural projects in the areas of mass housing, education, transport, health, mining and agriculture. 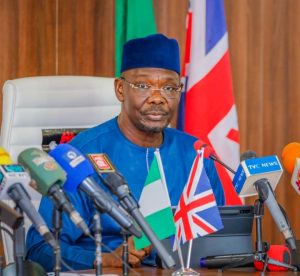 The governor welcomed the UK-government collaboration in the areas of agriculture, manufacturing, mining, infrastructure and especially education.

He emphasized that his administration has the vision and willingness to enter into partnerships with a view to develop the state, adding that, all the laws necessary to facilitate such partnerships, are already in place.

“We are willing, we are ready, we are going to partner with you, as we have always done. We strongly believe we have a lot to learn from you,” the governor told the UK High Commissioner.

Earlier, the UK High Commissioner to Nigeria, Catriona Laing, commended the state governor for constituting a team that is helping him translate the vision of his administration into practical results.

According to her, experience has shown that a big challenge confronting states in Nigeria is translating vision into practical results.

The UK envoy particularly commended the determination of the Sule administration to innovative projects, such as the Karu Mega Bus Terminal, that will transform security, decongest traffic, and improve basic transportation.

She described Nasarawa State as having comparative advantage because of its proximity to the FCT, particularly with the administration’s ability to tackle practical reforms and putting in place appropriate enabling environment, which saw to the rise in status of the state to number three in the country.

The High Commissioner specially commended Engineer Sule and the team around him, for translating their vision into concrete benefits for the people of the state.

“We are looking for opportunities to partner with you, a deep, solid friendship,” she stated.

Also speaking, Managing Director/CEO, NASIDA, Barrister Ibrahim Abdullahi, said since the coming of the Engineer Sule administration, the thrust of government has been geared towards economic transformation by opening up the state to private sector participation. 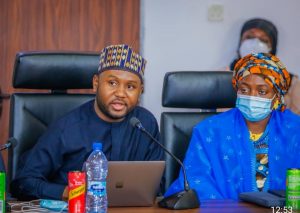 According to Adullahi, within two years, the Nasarawa Economic Development Strategy, has already begun to yield fruits, with the state ranked number three as a top investment destination, having attracted investments worth over USD350 million, as well as recorded significant improvement in IGR, among other indices.

As part of activities marking the visit of the British envoy, she was hosted to a mini durbar at the Lafia Square, with a special dinner organized in her honour.

The UK High Commissioner, earlier on stopped over to inspect ongoing project at the Karu Mega Bus Terminal, where she pledged fiancial assistance to the State Government for the purpose of utilizing gas as sources of power for the Nasarawa State Transport Company.

She also undertook tours of selected local industries within the state capital.