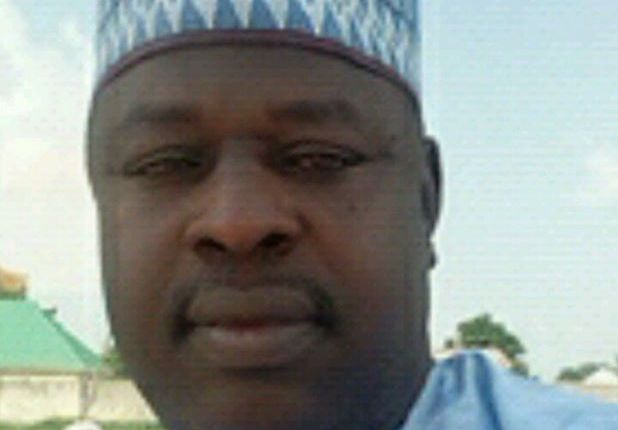 According to BudgIT, its mission is “to make the Nigerian budget and public data more understandable and accessible across every literacy span. Budget’s innovation within the public cycle comes with creative use of government data by either presenting these in simple tweets, interactive formats or infographic displays. Our primary goal is to use creative technology to intersect civic engagement and institutional reform”.

The record performance of the Governor Mai Mala Buni administration is hugely supported by budget discipline, financial prudence and transparency to achieve the transformation in education, healthcare delivery, trade and commerce, roads and housing, agriculture and economic development among others in Yobe State.

The organization rated Yobe state as the number sixth State with a low loan profile and more chances to borrow more funds either local or foreign to invest in infrastructure to build a sustainable future for the state and to improve the lives of its people.

“It is among states with comparatively low debt burden whose debt profiles are so low that they can theoretically pay it off in a single year using the 2020 total revenue model.

The economic reforms and financial discipline under the Buni administration were further consolidated in the year 2021, thereby attracting more attention to the performance of the State.

The ranking of Yobe state as the 16th state with comparative more public funds to invest in capital projects also underscores the prudence of the Buni administration.

Summarizing the fiscal performance of the states in relation to index A (Recurrent Expenditure), B (IGR + Statutory Allocations + Capital Receipts), C (Debt profile and room states have to borrow more money) and D (Priority to Capital Expenditure). BudgIT opined that “the fiscal fundamentals of Yobe State, compared to others in the country, are more prudently managed”.

Similarly, the Center for Transparency and Integrity Watch, Nigeria, another independent organisation, rated Yobe state as the sixth state in Nigeria scoring 58.33 per cent with clean records of transparency in transactions of Government business.

This transparency translates into accountability, probity and service delivery to the people for the government to get value for public funds expended on programmes and projects.

Sen. Ibrahim Mohammed Bomoi: The Best Senator in the History of…

It is obvious that the reforms introduced in governance by the Buni administration are paying and yielding positive results for the development of the state.

Under the Buni administration, financial prudence and budget discipline have occupied frontline positions in the reforms in the state to ensure that public funds are not only applied on projects that have a direct bearing on the lives of the people but accountable.

This reform also explains why the state government in spite of the lean resources was able to renovate many schools which were destroyed by the prolonged Boko Haram insurgency in the state. Similarly, with the little resources at its disposal, the Government constructed six models and seven Mega schools in Damaturu, Potiskum, Gashua, Buni Yadi, Nguru and Geidam to decongest classrooms and create a conducive learning and teaching environment.

The State Government also used its resources judiciously to construct four ultra-modern markets in Damaturu, Potiskum, Gashua and Nguru to rejuvenate the economy, boost commerce and trade, and provide employment opportunities just as, three dormant industries, the Yobe flour and Feed Mills, Yobe Aluminum company and the Yobe Woven sacks company have been rehabilitated and now in full production.

Intra Town and township roads in Damaturu, Potiskum, Buni Yadi, Gashua, Nguru, Geidam and Damagum among others were constructed to facilitate the movement of goods and services across the state.

To the glory of God, the Multi-Billion Naira Damaturu International Cargo airport has been completed, equipped, tested and ready for inauguration.

The searchlight beamed on the fiscal status of the States, the analysis and ratings by these independent Non-Governmental organizations, will no doubt spur the state government to do more and improve for the betterment of the people.

For Yobe State, having fared well in financial prudence and accountability in the last two years, the state under the leadership of Governor Mai Mala Buni is certainly on the path of becoming a role model of judicious use of public funds, accountability, good governance and service delivery in Nigeria.

Mamman is the DG, Press and Media Affairs to Yobe State Governor.

Nigerian farmers, others benefit from AATF’s mechanized 65,300 hectares of land in 5 years

Sen. Ibrahim Mohammed Bomoi: The Best Senator in the History of Yobe

APC National Chairmanship: What Senator Al-makura’ll bring to the table