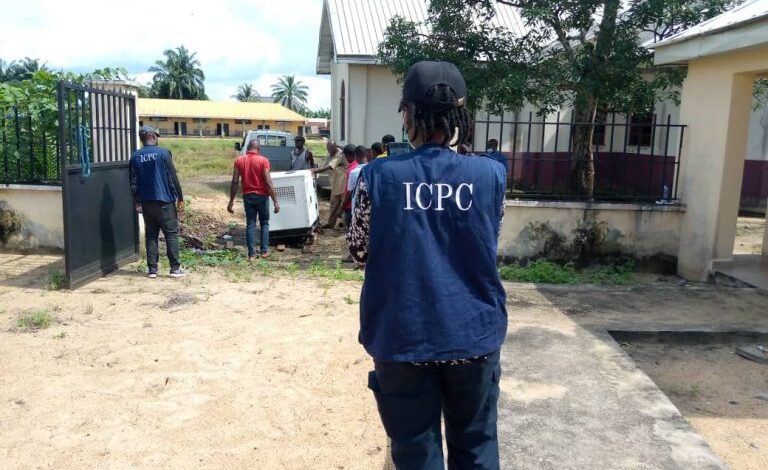 The Independent Corrupt Practices and other Related Offences Commission (ICPC), tracking projects around the country, has r ecovered an 11KVA generator valued at about N6. 7 million naira meant for a Primary Healthcare Centre, Ohita, in Ogbaru Federal Constituency of Anambra. 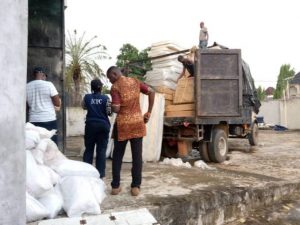 The ICPC, who discovered the ongoing Constituency and Executive Projects tracking exercise in the state, noted that the generator was meant to provide power to the clinic which was inaugurated in February 2020, but was not supplied by the contractor.

Operatives of the ICPC, who had earlier visited audit the project, discovered the missing generator and directed the contractor to supply and install it for the effective operation of the PHC.

The Commission also evacuated medical equipment stored in a private warehouse of the Federal Medical Centre, Asaba, Delta State, pending the completion of a hospital project in Okpoko, Ogbaru Federal Constituency where it was meant for. 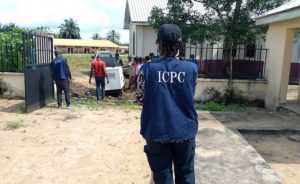 The supplier had delivered the items, but the hospital building where they would be installed was yet to be completed.

The ICPC officials said public property must be kept in public places and not in any facility belonging to any individual or politician.

In Ihiala Federal constituency. where fertilizer, seedlings and water pumping machines were distributed as Executive Projects, the ICPC confirmed that some people received the items.

While it verified that fertilisers, maize and rice seedlings were received by some beneficiaries, they could not sight the pumping machines as no beneficiary was around when the team visited.

The ICPC team also visited Ekwusigo/Nnewi North/Nnewi South Federal constituencies, where it interacted with participants in the Conflict and Crisis Resolution Workshop, approved for the constituency upon the application of the lawmaker representing the area.

The participants said they received workshop materials, including shirts, caps, writing materials and an undisclosed amount as stipends.

The News Agency of Nigeria (NAN), reports that the ICPC is currently on the third phase of the Executive Projects tracking exercise that aims to cover 18 states of the federation.

Mrs Azuka Ogugua, the Commission’s spokesperson, said in a statement that a total of 1,251 projects, comprising 1,024 constituencies and 227 executive projects, executed under the 2019 and 2020 appropriations, had been listed for tracking in this third phase.