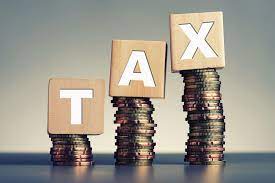 The Manufacturers Association of Nigeria (MAN) has charged the Federal and State Governments to find a mutually acceptable way forward on the collection of tax to address anxiety and confusion in the business community.

Mr Segun Ajayi Kadir, Director-General, MAN, gave the charge in a statement to made available to newsmen on Wednesday in Lagos.

The MAN boss noted that as leading payers of Value Added Tax (VAT) in Nigeria, having contributed N44.9 billion in the first half of 2021, the manufacturing sector was going to be hardest hit by the looming impasse.

Kadir said that the business community could not afford the anxiety and confusion currently generated by the controversial tax suit in Rivers State.

According to him, the sector should not be made to suffer while the two tiers of government fight over who should control tax.

He stressed that manufacturers should not be put in a situation where they would have to pay both governments the same tax, saying such move would amount to an overkill for the struggling manufacturing sector and a recovering economy.

Kadir said that the recent controversy over the control of the VAT between the federal and state governments in the face of the court judgements and the strong statements emanating from the two tiers of government were unhealthy for business.

“Manufacturers, like many other business operators in Nigeria, are deeply concerned about what becomes of their fate come September 20 when businesses are expected to file VAT claims and beyond.

“The contentions are worrisome and potentially inimical to the smooth operations of our businesses as on the one hand, The Federal Inland Revenue Service (FIRS) is insisting on continuing to collect VAT.

“Rivers State Government is ordering immediate and complete collection of the same tax while Lagos State is preparing the grounds to go the way of Rivers and who knows, other States may be warming up to join the fray.

“What we expect therefore is for the federal and state governments to stop the grandstanding and find a mutually acceptable way forward,” he said. (NAN)