Nigerian Army has inaugurated its polo club at the Jaji Military Cantonment in Kaduna, named after Nigeria’s Ambassador to the Republic of Benin and former Chief of Army Staff (COAS) Tukur Buratai.

The commissioning, on Saturday, was the last activity lined up for the Infantry annual leadership lectures and biennial reunion which began on November 10, at the cantonment. 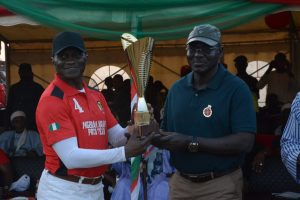 The Special Guest of Honour, the Secretary to the Government of the federation, Boss Mustapha, described the naming of the polo club after the former COAS as worthwhile.

Represented by the Minister of Sports and Youths Development, Sunday Dare, Mr Mustapha, said commissioning of the polo would give the soldiers and youths in the Army an opportunity to harness their talents and to participate fully in the game, a favourite for the military for over a century.

Earlier, the COAS, Farouk Yahaya, said naming the polo club after Buratai, was a recognition of his gigantic contributions to the Nigerian Army as the service chief with the longest record, as well as to the development of polo in the Army.

“Buratai is the one who revived the polo sport in the Army and the team he formed won last year’s Al’amin Cup where it competed with 20 teams and this year with 16 teams, winning it back-to-back. 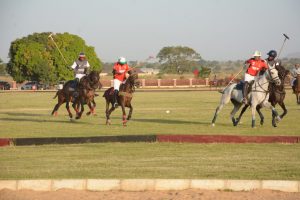 “To appreciate this and also to encourage troops and personnel in polo, was why we named the polo club after him.

“If you recall, the military used to have cavalry who rode on horses, and even in the NDA we have a quotation where officers are taught how to ride horses for ceremonies,” he said.

Attacks on Journalists: A Call for Protection