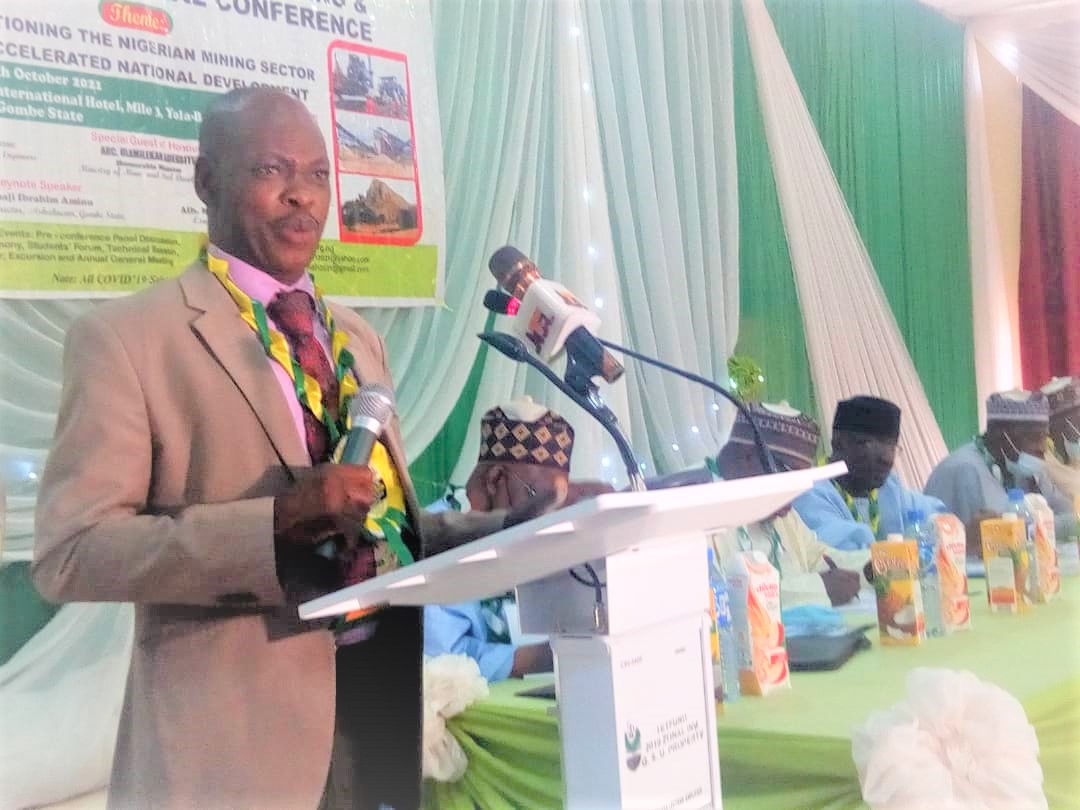 The Nigerian Society of Mining Engineers (NSME) has commended the Federal Government for identifying the mining and minerals sectors as the key driver in its quest for national development through its economic diversification programme.

NSME gave the commendation in a statement jointly signed by its President, Prof. B. S. Jatau and General Secretary, Engr. A. U. Ojile, at the end of its 20th Annual General Meeting (AGM)/ Internal Conference which was held at the International Hotel, Gombe with the theme “Repositioning the Nigerian Mining Sector for Accelerated National development.”

The Society, however, urged the Federal Government to leverage the impact of the junior mining companies on economic diversifications through minerals exploration, mining, and value addition to facilitate the attraction of major mining companies into the Nigerian mining sector.

The body also called on the Federal Government to halt child labour in the mines field through the enforcement of International Labour Organisation (ILO) resolutions on child labour.

According to the statement, the Federal Government also needs to ensure total compliance with environmental monitoring and enforcement provisions with respect to minerals exploration, mining, value addition and environmental concerns.