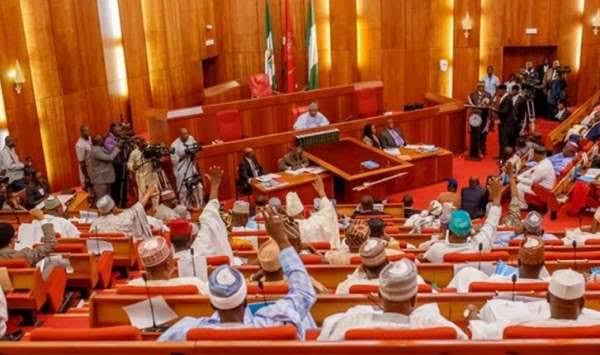 The Senate will on Monday start a three-day public hearing on illegal mining and gold smuggling and the attendant losses of about $9 billion yearly to Nigeria.

The hearing is a result of a motion moved by Abia North Senator and Chief Whip of the Senate, Orji Uzor Kalu.

The Senate would during the hearing grill major government and non-governmental stakeholders in the mining sector over the prevalence of clandestine activities of illegal miners.

Recall that the senate at its plenary last year had passed a resolution to investigate the losses from illegal mining activities.

Kalu in his motion disclosed that Nigeria lost an estimated $54 billion from 2012 to 2018 due to the illegal smuggling of gold. He also said the country was losing about $9 billion yearly to illegal mining and gold exportation.

He lamented the activities of unlicensed miners and incessant smuggling of the solid minerals out of the country by middlemen given the huge revenue losses.

He said gold mining operations in Nigeria were capable of providing no fewer than 250,000 jobs and over $500 million annually in royalties and taxes to the Federal Government.

According to him, jobs and revenues accruing to the mining sector would further diversify the nation’s economy and improve its foreign exchange reserve.

He said due to Nigeria’s current estimated gold reserves of over a 200 million ounces, most of which have not been exploited, developing sustainable programs that would catalyze increased investment in the extraction and refining of gold sourced from mines in Nigeria, was vital.

Kalu argued that if the country conserves its gold reserves, and ensures effective exploitation, the accruing revenue would surpass that of oil and gas.

He drew the attention of the senate to section 44 (3) of the Nigerian Minerals and Mining Law of 1999 which provides that ownership and control of all minerals in Nigeria are vested in the Federal Government, which is mandated to manage such natural resources in a manner as may be prescribed by the National Assembly.

Acting on Kalu’s motion, the Senate in its resolutions mandated its Committee on Solid Minerals, Mines, Steel Development, and Metallurgy to investigate and launch an investigation on the matter and report back to the Senate.